“raised on songs and stories, heroes of renown”   (from “the Rare Old Times”- The Dubliners) with Davy Spillane on the Uillean pipes below 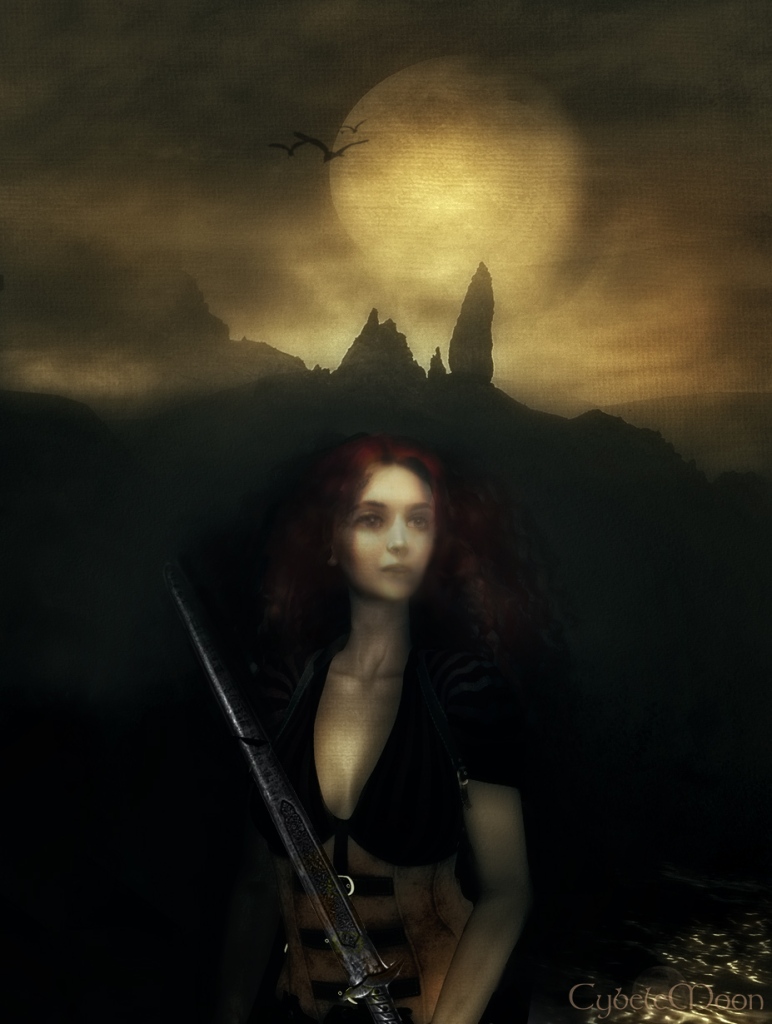 I recently came across a heroic tale mentioned by Alexander Irvine, a photographer from the Hebrides, on Facebook. It was one more remarkable story* from another island close to my Scots and Irish heart- the Isle of Skye, so after rummaging a bit I pulled it up out of the Time Traveler’s Rucksack.

Let me tell you about the greatest hero of Ulster, CùChulainn (CooCullen), son of the god Lugh and a mortal woman, He received his name as a young man for slaying the ferocious guard hound of Cullen. He regretted his action and offered to take the dog’s place until another could be found and so became known from then on as the hound of Cullen.

King Forgall  did not want CùChulainn to marry his daughter, Emer, so he sent him, along with his best  friend Ferdiad, over the Irish Sea to study the arts of warfare on Skye.  Forgall was hoping CùChulainn would be slain by the famed female warrior, Scáthach who lived there.

Some legends say that Scáthach (Ska’hawk) was a daughter of the King of Scythia, which encompassed parts of Eastern Europe and Asia. The women of the Scythian steppes were the fierce Amazons described by Homer in the Iliad and in Herodutus’ history of Thermodon.

Scáthach had a fortress on Skye called Dun Scaith and she only trained warriors who could penetrate her formidable defenses of  treacherous water and precipice. CùChulainn overcame these dangerous challenges and so gained her trust and respect. He was welcomed with Ferdiad into her great hall and they became fast friends. Under her tutelage he grew into a full-fledged warrior and she gave him his famous barbed spear, the gae bulg. It is said in some accounts that they became lovers as well.

CùChulainn accompanied Scáthach on her mission to defeat a neighbouring female chieftain, named Aoife, who was said to be her own twin sister. CùChulainn ended up fathering a child by Aoife’s daughter and he also slept with Scáthach’s daughter whose husband he killed in a duel. Yet it appeared no malice was borne and Cuillen’s mountain range on Skye is named after him.

When CùChulainn returned to Ireland, King Forgall still opposed him so he was forced to abduct Emer who became his wife.

Scáthach later became a goddess of the dead leading those killed in battle to the land of eternal youth. (Tir –na- nog) 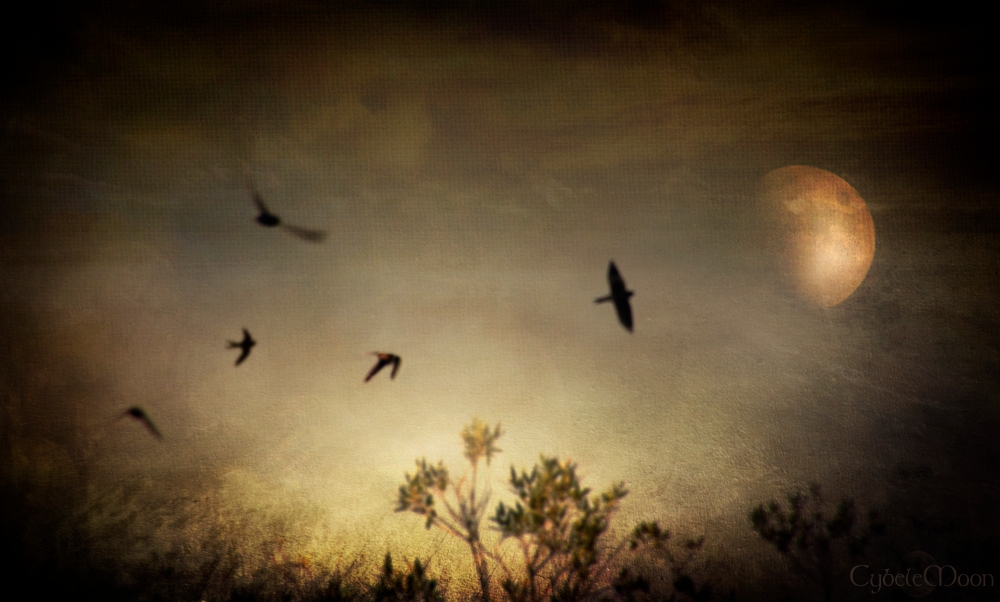 CùChulainn went on to fight many brave battles and accomplish extraordinary  deeds, including the great cattle raid at Cooley. Although described as “a dark, sad man but comely,” during battle he became frenzied and monstrous ( the ríastrad), which is the Celtic counterpart of a Viking berserker.

On the eve of the battle at Muirthemne it is said CùChulainn heard the harp of the bean sidhe Aiobhell,  Her music is too beautiful for mortal ears, and so he knew then that his life was coming to an end.

But those are other tales.

‘We were heart companions, We were companions in the woods, We were fellows of the same bed, where we used to sleep the balmy sleep. After mortal battles abroad, In countries many and far distant, together we used to practice, and go through each forest, learning with Scathach’. – Ferdiad

bean sidhe– the fairies who herald death often appearing as a washer woman ( of blood stained clothes) or a sweet singing maiden.

*The Fairy Flag of Dunvegan

1lb plain flour
8oz semolina or ground rice
8oz castor sugar
1lb butter
1oz melted butter for brushing tin
Wee bit extra castor sugar to dredge over the shortbread when cooked and still hot.
Brush melted butter on prepared baking tin
Sieve the flour, semolina (or ground rice) and castor sugar into mixing bowl. Cut butter into dry ingredients ,then rub in with your fingers( or do in food processor ) ,combine to a dough. Press into your baking tin evenly, prick with a fork, rows over entire surface. Bake in a low oven ( 150C / 300F/gas 2) for about 1 and quarter hours until pale golden colour. Remove from oven and dust with castor sugar. After 10 mins cut into rectangles and leave till cold. Store in airtight container.