Late afternoon was Cybele’s favourite time. She loved to be with her grandmother. Often when her mother had locked her out she would go over to Mamie’s small flat. It was very dim inside the hallway and Cybele would take the key from Mamie’s hiding place, ride the lift and quietly open the door. She often found Mamie lying on the sofa with all the curtains drawn. Her grandmother suffered from migraine headaches. They were exacerbated by worry about her granddaughter running around the streets after school like a homeless waif. Babette, Mamie’s irresponsible daughter, had all but abandoned the poor child. Little more than a child herself when she gave birth to Cybele, Babette had decided to pursue a career as a cabaret singer in Montmartre.

Cybele would replenish the cold cloth on her grandmother’s forehead and wait patiently for her to recover. When Mamie was feeling better, she would get up and take Cybele to the little cafe near the Ile de la Cité. They sat together, sipping Perrier and espresso, and watched the sun go down before returning home to a late supper. 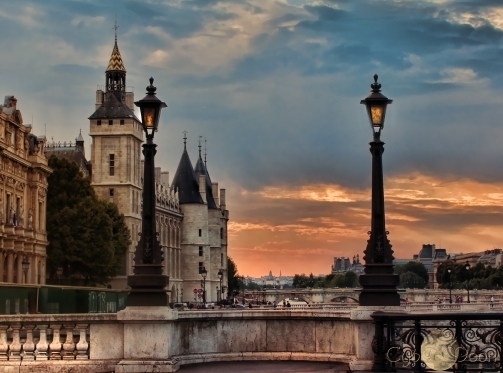 The warmth of the pavement wafted upward with the smells of fresh croissants and coffee. Paris came alive at this time of day, filled with the laughter and chatter of people walking into an evening adventure as the glow of a setting sun cast a luminous grace over the transgressions of the city’s streets. 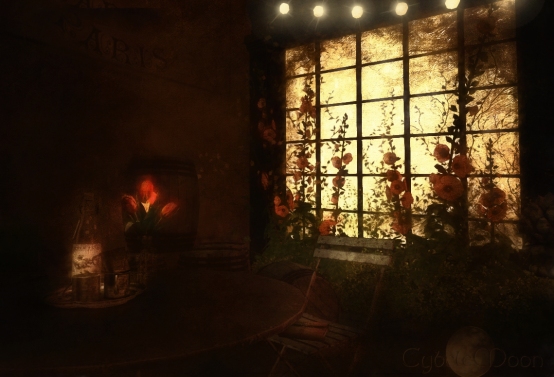 After supper Mamie played records on an old gramophone. She sang along with the old French songs and operatic arias while Cybele danced. During summer’s long twilight they dressed up in their best clothes and went out to join the rest of the city for the evening promenade along the Seine.

the girl on rue de montmorency 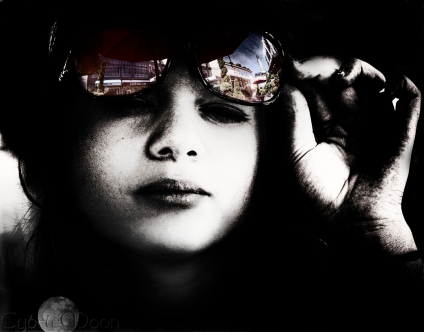 the girl in the French Cafe

( to be continued?) Another snippet from my story rucksack.