“.. the hand of the unseen conductor waved them onward into the vibrating strings of a solar wind and I cried out, “Yes!  The whole cosmos is a grand opus!  Let those who have ears, hear!…”

I am so incredibly moved and awed by this wonderful science fiction in our time!!

From the moment in 1610  when Galileo (with his home made telescope) first realized that there were bodies orbiting this “wandering star,” our whole belief system was to be forever changed. Galileo was threatened with excommunication from the church and died a heart-broken man. He is vindicated. Tiny Lego figurines of Galileo, Juno and Jupiter ride this craft as it now orbits the giant and sends back data that will help unlock the secrets of our beginnings.

Juno’s camera has captured in time lapse the marvelous ballet of the moons as they dance in homage around the King of the solar system.

“We are stardust, we are golden“- Joni Mitchell

For more live updates and video follow the link

Jupiter’s moons are Io, Europa, Ganymede and the outermost,Callisto. Juno in mythology is the wife of Jupiter- the Roman equivalent of Hera and Zeus in the Greek pantheon. I was totally enamoured when I first bought a reflector telescope back in 2000.

Another wonderful  video from a few years back is called “Galileo’s Sons“- the story of the astronomer priests of the modern Vatican as they study the cosmos in the spirit of Galileo and  an “enlightened” faith and science. 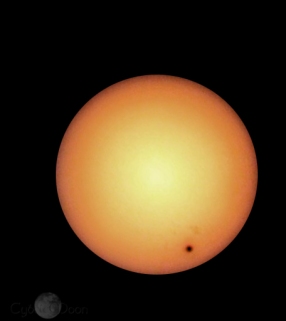 My own photo of the transit of Venus across the sun in 2013, taken through telescope, Cattle Point, Victoria- she will not eclipse again for another 100 years

Post: Juno launched in 2011 and is still in orbit since July 2016 studying the king of the solar system.