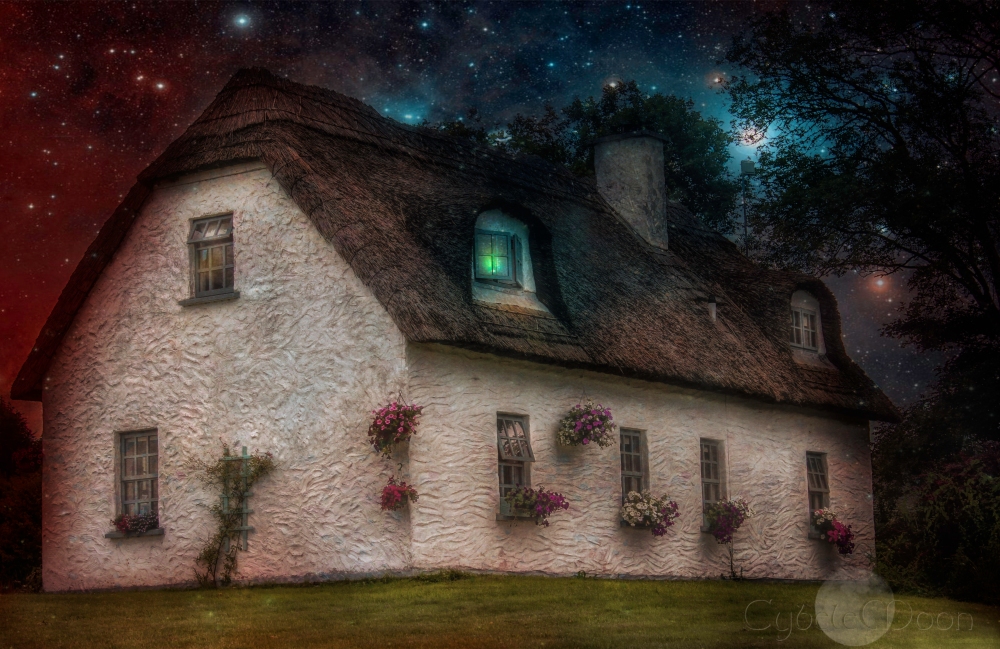 If the Captain was ever in doubt as to Muireal’s paternity he never voiced it. In spite of the child’s impairments and odd behaviours  he doted on her as did her two older brothers. There was such a wild sweetness in Muireal’s  demeanour that captivated all their hearts.  Of course she was never sent off to school like the boys. Fiona preferred to keep her safe at home and away from any cruel stares and ridicule.

On Sunday mornings the Captain’s family often had the church pew all to themselves during service.  The village women worried that the child’s webbed hand and muteness might be contagious especially if any of them were with child, themselves. No one knew if Muireal’s afflictions had some darker aspect and so as is often the case in small communities, much whispering and speculation took place in the village.  Eventually Fiona stopped taking her daughter into town. Any teaching or bible readings from then on were done at home though Muireal continued her rather unchristian like rituals of arranging shells and bones and gesturing to the wind and waves. It was at this time that Muireal’s life began to take on a new dimension. 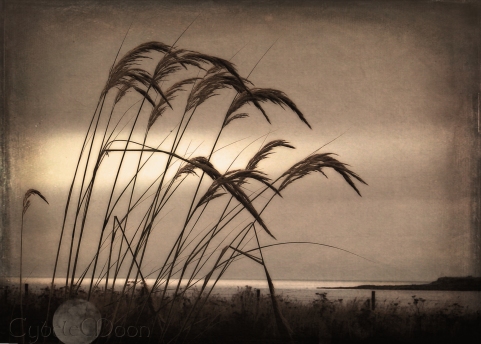 One day when the younger boy Donal, was about to go off to school his trunk was mysteriously emptied of all his clothes and books. They were discovered scattered behind the sheep shed but by that time Donal had missed the sailing from the island to the mainland. During that particular crossing a terrible storm came up suddenly and blew the small ferry off course. It was dashed against the rocks and sank. Some passengers drowned and the island was plunged into mourning.

After that, Fiona began to look at Muireal in a different light. Everywhere and in everything concerning her daughter she sensed veiled messages whose meaning somehow eluded her.  During the summer when they would take their little boat out on the loch, teams of harbour seals would suddenly gather and swim around and under the keel, their heads bobbing up and down in playful greeting.  Muireal would laugh and bend over the gunwale so far it looked like she was ready to dive into their midst.  Her brothers would hang onto her skirts to pull her back. Then there was the music. Whenever Muireal played her flute out on the rocks, the following day the fishing would be very good off the nearby point. Word traveled around quickly in a small community.  Fiona didn’t know if the secret or circumstance of Muireal’s birth was a miracle or a curse but whatever it was it had begun to haunt both her dreams and waking hours.

One warm August evening, at twilight, on the night of the shooting stars Muireal was nowhere to be found and didn’t answer Fiona’s calls.  Filled with a momentary panic and premonition Fiona searched outside and finally found her lying on an old tarp at the bottom of the garden. When Muireal saw her mother she ecstatically pulled her down to lie beside her.  Leaning over and putting her webbed fingers to her lips in a wisht* motion she then cupped her mother’s ears in her small hands, all the while looking up into the unfurling curtain of the night sky.  Though no word was spoken a small voice inside Fiona’s head seemed to say “listen mother! can you hear them? the stars are coming out!” In that little gesture everything came together in clarity and Fiona understood everything. She folded her daughter into her arms and holding back a sob whispered, “Where are you going my sweet child?”  and where ever it was, Fiona now knew that she would not be able to go with her and protect her, and her tears fell like burning stars.

Summer eventually became autumn and one night when the boys were away at school and the Captain had gone into town to meet with friends Muireal suddenly got up from her chair by the fire and began to set an extra place at the table. Fiona removed the setting but Muireal very purposefully put it back again. Just as they sat down to eat there was a knock at the door. With great apprehension Fiona  answered it and was blinded for a moment by the full moon rising up from the clouds. A man stepped out of the shadows and though years had passed she gasped in recognition. Duff had returned. 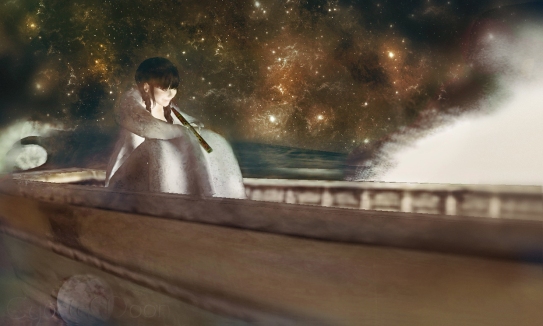 gunwale is the side edge of a small boat

To my friends and wordpress supporters!!

Here  is another chapter though I keep revising and more revising again and again. It seems  if I sit on it for longer than two days I become more and more critical and in danger of never posting it at all.   At any rate I never know for sure where I am going with a story and sometimes I just try to let it tell itself. It’s wonderful to be given an inspiration but much harder to develop it along with the style and literary components. So read at your leisure dear “people of the page” ( I love that term by Anne Rice)- and for those who don’t read I hope you will enjoy the images which tell a tale themselves.