In the Jaws of Kukulkan

We can only imagine what it must have been like when the first Europeans arrived in Central America and met the Maya. Like the Romans, the Maya had created an empire connected by a network of roads throughout the peninsula. They were brilliant builders of magnificent temples, palaces and ball courts. Their cities, like Palenque, Copan, Tulum and Coba,  were centers of ceremony, commerce and administration.  After the Spanish conquest these cities were not to be discovered again until the 19th century.  Explorers Catherwood and Stephens, an artist and a travel writer, found their ruins buried deep in the jungle.

Sixteenth Century Spain rivaled England as a major power and was on a mission to claim new lands in the name of the Spanish Crown and the Church.  It must have been mind boggling to discover a people living deep in the jungle at the edge of the known world, who worshiped strange and terrible gods and were capable of such incredible feats of engineering, science, and literacy.

Unlike European and Mediterranean cultures, the pre-columbian civilizations appeared to have sprung up out of nowhere with no outside contact or influence. The Mayan society which began more than 2000 years earlier had reached it’s peak by the 9th century CE (the Classic Period). By the time the Conquistadors arrived  600 years later, the empire was in decline and many of their cities had already been abandoned. The reasons are still speculative as to whether this was due to pestilence, climate change, power struggles, or over farming. Though the Mayans resisted the Spanish for many years, they were further decimated by diseases like small pox which had been brought over from Europe and for which the indigenous population had no natural immunity.

The Mayans were the first people to grasp and implement the concept of zero (0), yet they may have been as guilty as modern civilizations in the misuse of nature. They created a calendar more accurate than ours and mapped the heavens, but in spite of a vast knowledge of mathematics and astronomy, they engaged in human sacrifice to appease the gods and were constantly at war with their neighbours.

Eventually they were able to embrace Christianity because they understood a god who was willing to die in a blood offering. The hero twins of the “Popol Vuh” did exactly the same thing when they challenged the dark lords of the terrifying underworld (Xibalba) to a ball game. The brothers were destroyed and then were resurrected. That game of life and death, so central to their beliefs, continued to be played on the great ball courts of the city plazas, sometimes culminating in ceremonial human sacrifice. 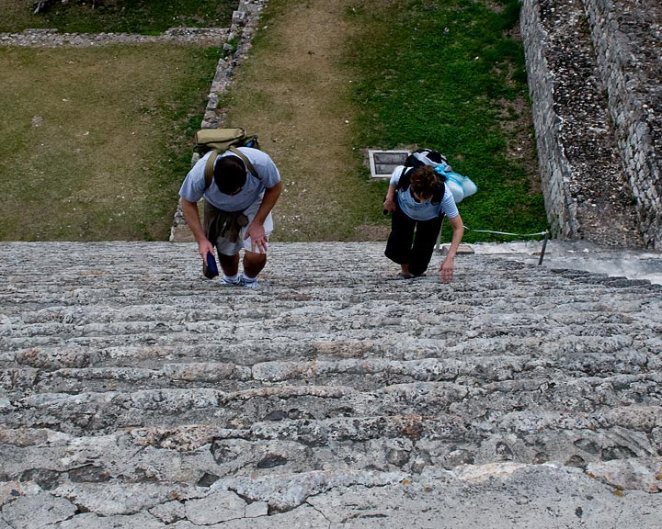 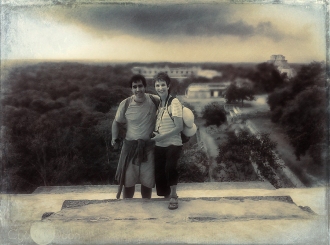 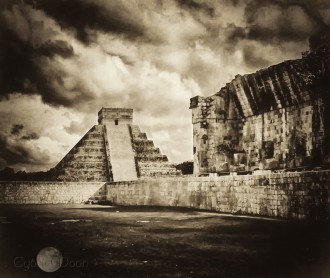 the great pyramid at Chichen Itza seen from the ballcourts 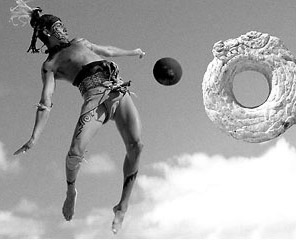 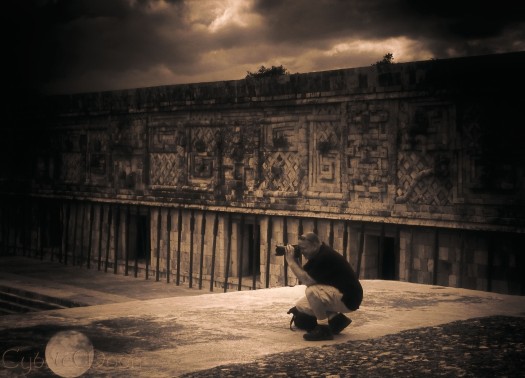 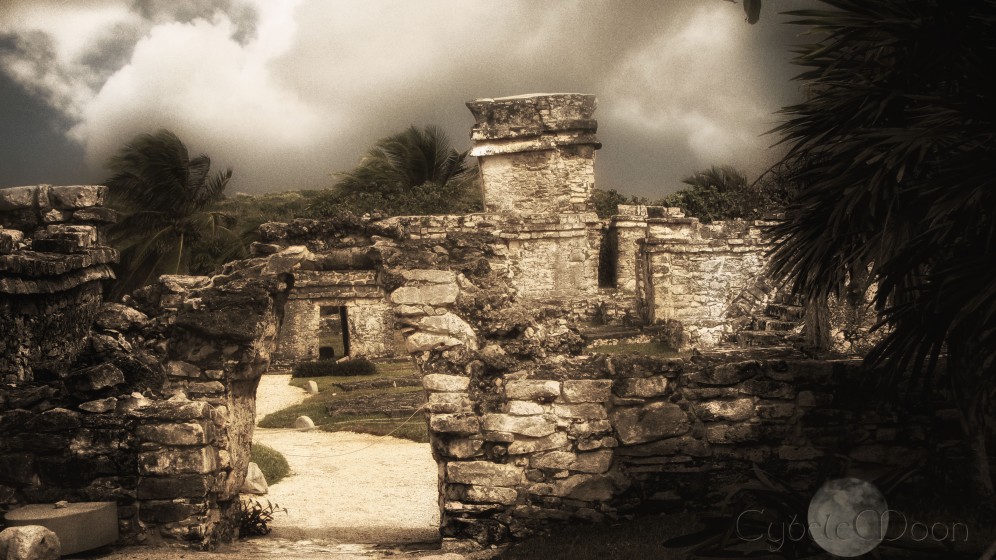 (the city of Tulum built in post classic period, was one of the cities still occupied when Europeans arrived)

Life was a sacred ritual to the Mayans and their astronomer priests.  The cosmos was steeped in poetic mysticism and encompassed by ceremony which included many bloodletting rites like tongue and other body piercings, especially among nobility.  Later, when the Spanish priests discovered that the Mayans were practicing both Christianity and their own “sorcery,” they burned their writings as “works of Satan.” Fortunately, one far seeing monk ( Francisco Ximinez) in the early 1700’s found a portion of the manuscript and saved it.  It survives today in three main codices. One of them is the Dresden Codex named after the city where it is kept and studied. The Popol Vuh is the epic account of the Mayan myth and history.

Carved into Mayan stelae are records of the ancestry and lives of kings with names like Smoke Mirror and 19 Rabbit. The modern Mayan speaks the same language as his ancestors, but because so much of the Mayan story was destroyed or lost it has been a long road to crack the code of their enigmatic glyphs. Until recently ancient Mayan life was shadowed in mystery, At present day it is still in the process of being revealed though there is much that remains unknown, – and that is another story. 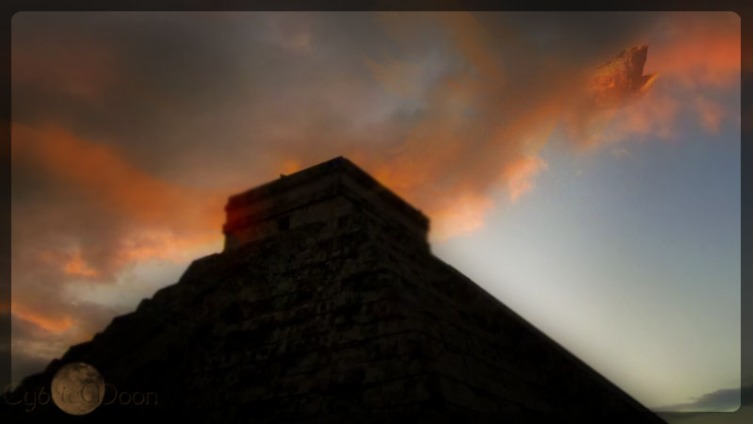 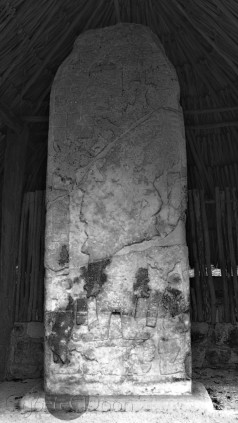 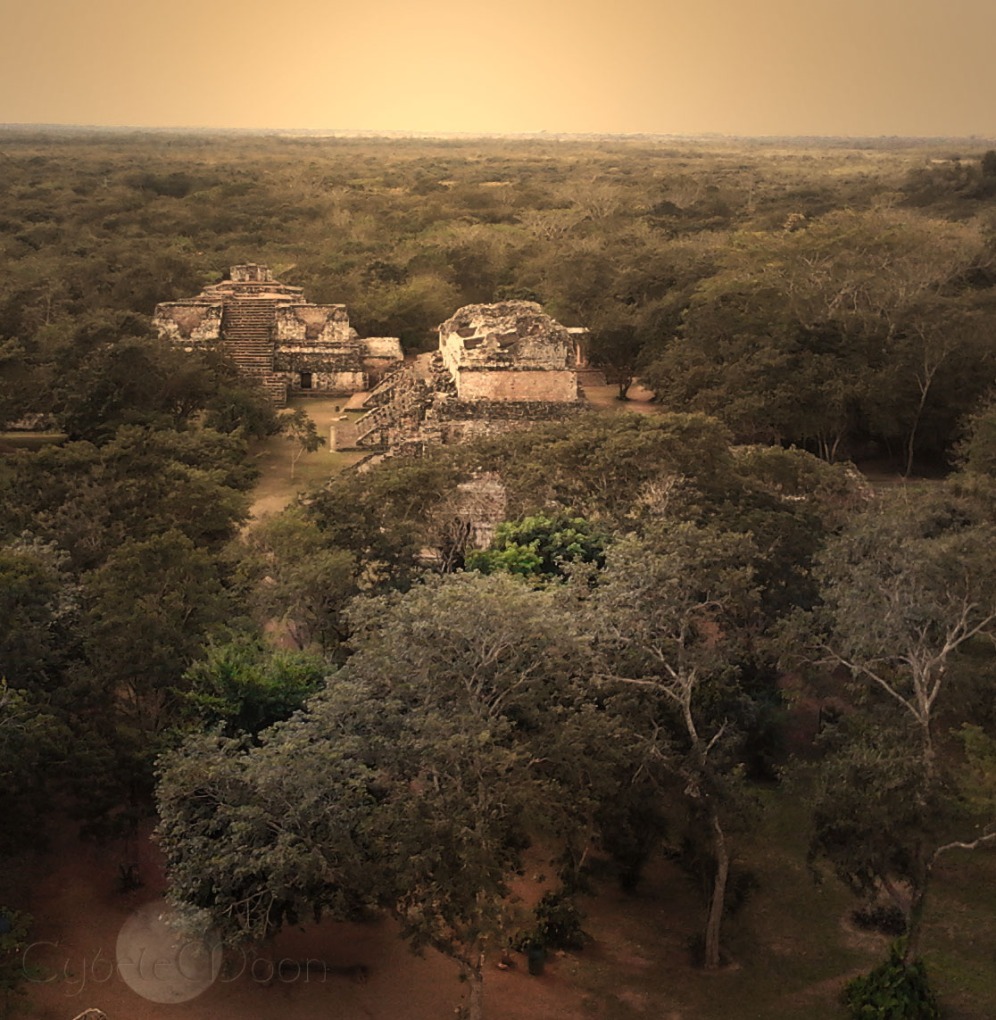 the view from the pyramid at Ek Balam

I wrote a tale about a Mayan prince called The Sacrifice of Smoke Jaguar. It is here.

And I have posted more about the Maya, their spirituality, and their connection to caves and cenotes (with apologies to any Mayan scholars) here: “In the Jaws of Kukulkan“

*Kukulkan was the equivalent of Quetzalcoatl of the Aztecs- the feathered serpent god who figured strongly in their mythology and ceremonies- the serpent was a symbol of change, renewal and rebirth. 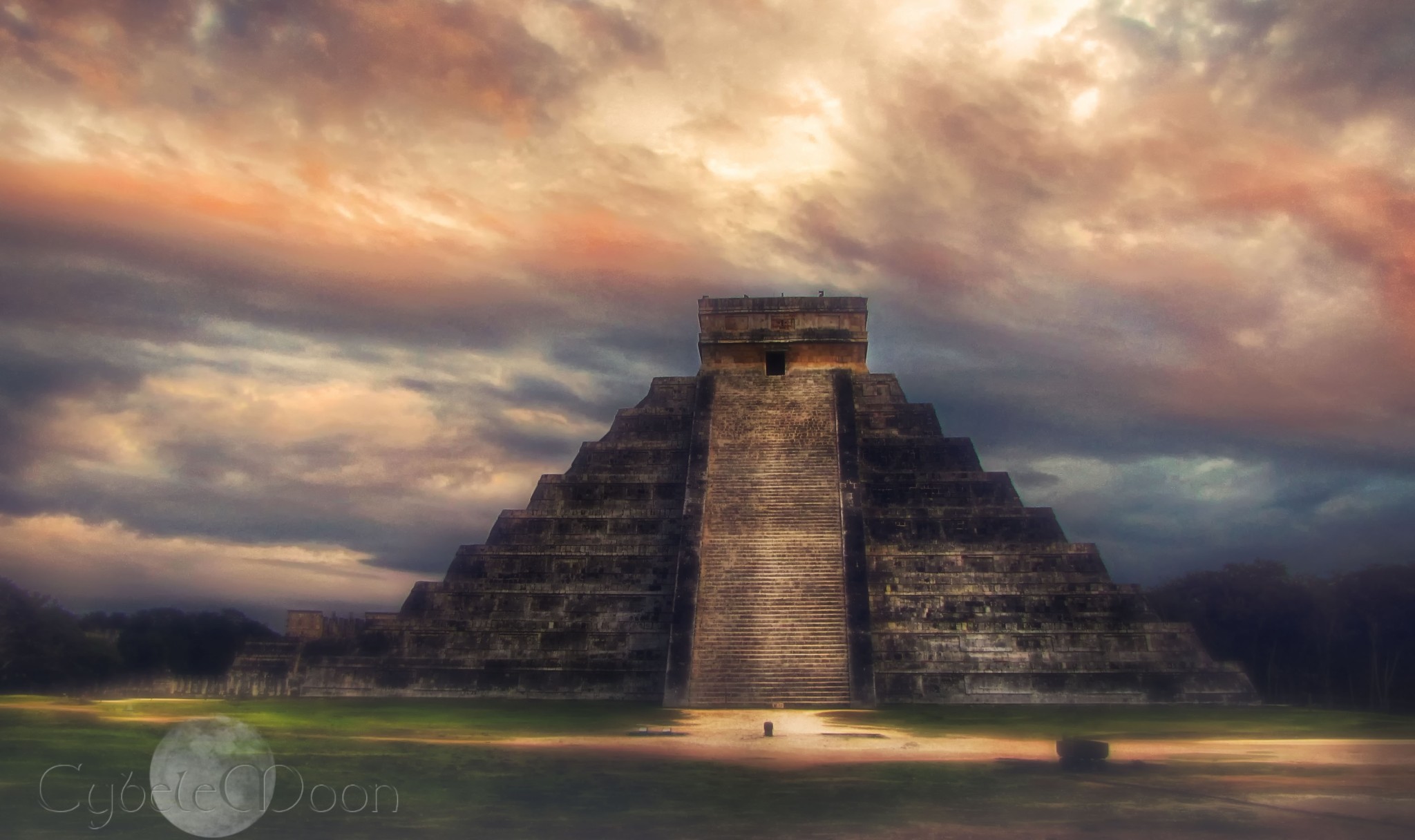 for more: The mouth of the Wizard’s Well (Chichen Itza)