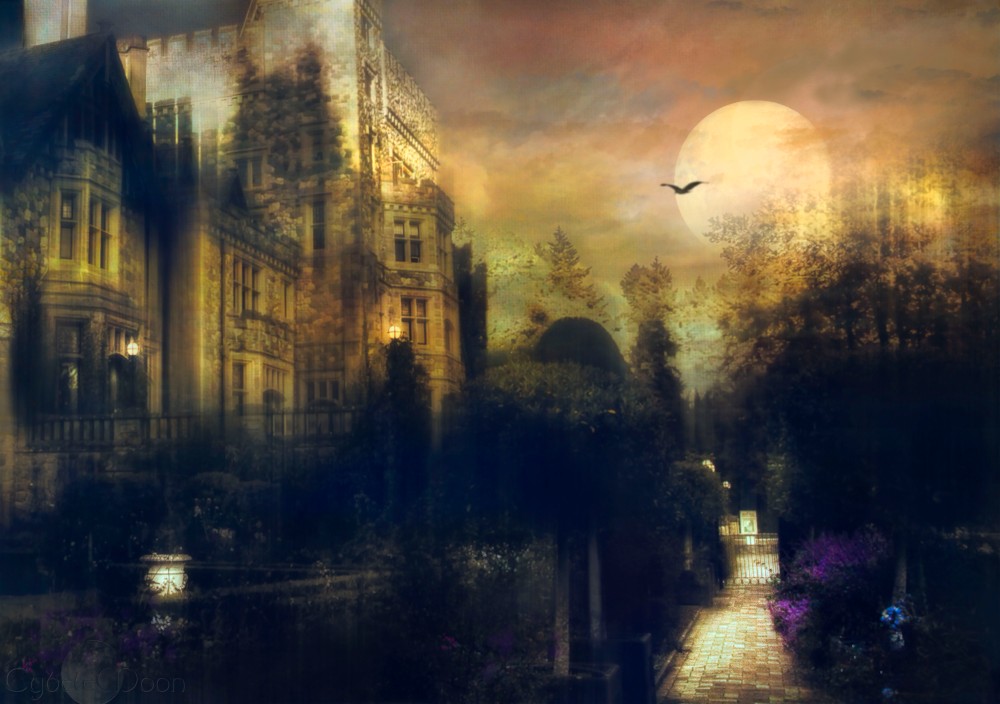 This was my offering to Ed Mooneys‘ spectacular Spooktacular for Halloween. The castle and grounds are a perfect afternoon haunt.

Colwood is an area outside of Victoria and there, in a beautiful setting by the ocean, sits Hatley Castle.  Built by  architect Samuel MacLure for James Dunsmuir, the son of coal baron Robert Dunsmuir,  it lies on 565 acres of beautiful gardens and woodlands.  James Dunsmuir,  was the Lt. Governor in 1906 when he commissioned MacLure to design the castle for himself and his wife Laura.  After the death of James, the property was eventually sold to the Government in 1939.  It was turned into a  Military Academy which remained in operation until 1995 after which it became Royal Roads University.

During those Victorian times The Dunsmuir family achieved great status.  Robert Dunsmuir, emigrated from Scotland in 1851, and made a fortune in coal on Vancouver Island.  On top of a hill overlooking the town of Victoria, Robert also built the first castle, a baronial mansion called Craigdarroch, which is visible as you drive up old Fort Street.  The family dynasty ended with the death in 1966 of the youngest grandchild, Dola Dunsmuir, who had become somewhat of an alcoholic recluse. All the grandchildren succeeded in burning through a family fortune that had taken two generations to amass. 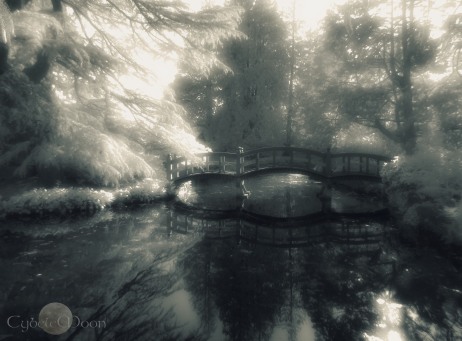 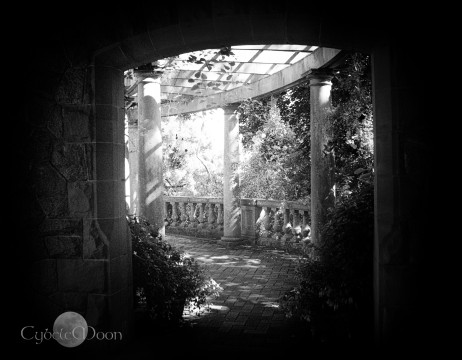 Hatley Castle and grounds have been designated a National Historic Site of Canada and have also been declared haunted by the Paranormal Society of Vancouver Island. Over many years there have been strange occurrences and sightings that are well documented by both those who experienced them, and those who investigated them.Two documented sightings involved a young woman whom several cadets at the military academy claimed to have seen walking in the halls before disappearing through a door or window.

Annabelle was a young parlour maid who wanted to marry a man who had been courting her. Mrs. Dunsmuir was very fond of the girl and offered to pay for the entire ceremony and celebration. On the day of the wedding Annabelle was jilted at the altar. Apparently her fiancee was already married with two children. Annabelle was shocked and humiliated.  She went back to Hatley Castle and jumped to her death from an upper window.

There are other ghosts. James Jr, the beloved younger son of James and Laura was a soldier who was killed during the Great War. He had the misfortune to be travelling on the RMS Lusitania when it was torpedoed by a German U- boat.  His body was never recovered and the family was devastated. He was later seen many times by his sister Dola in the Japanese Garden but he would never answer when she called his name and would vanish into the woods. Over the years many people who didn’t know of the younger James  or what had happened to him, claimed to see a man in a WWI military uniform wandering on the grounds, He is sometimes  still spotted sitting in the gardens or walking up from the lagoon. 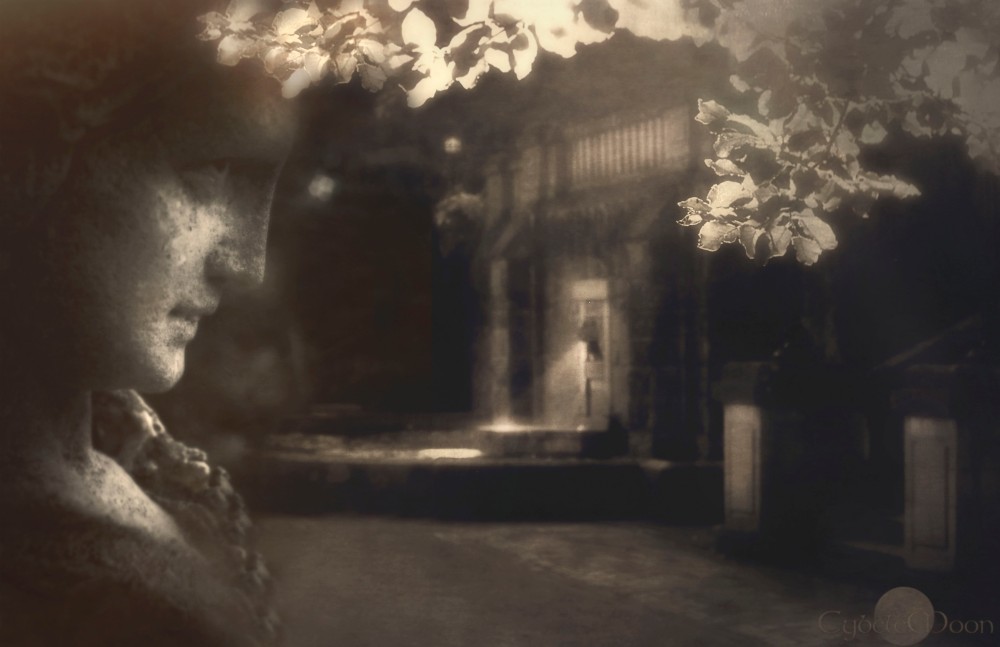 Much more frightening was an experience that a young cadet attending the Academy had back in 1941. He awoke to a woman trying to drag him out of bed. In a panic he ran to a superior officer to report the incident.  The halls were searched but she was not found and there were no women attending or working in the academy at that time. Perhaps the young man had just had a very vivid dream. The officer later mentioned the incident to Dola Dunsmuir.  Dola was adamant that the woman was her mother, who had never recovered from her brother’s death. Though Laura had died five years before, her distraught spirit had returned to look for James among the young officers preparing to go to war.

my next ghostly post will be about the haunting of  the O’ Reilly house in Victoria.