or Alice in Winterland

for all the believers among us

” Oh  my!” thought Miss Alice Beamish, after having finished off the bottle that said Drink Me, “Rabbit has been busy!!”

The whole warren was filled with a rather erratic mess of Christmas lights that looked as though they had been caught and dragged by his foot as he hurried through on his eternal journey of non- punctuality.

On the other side, the first thing she saw in winterland was a unicorn.  He tossed his mane and stamped his displeasure at being disturbed – especially by such a wide eyed, silly,  and heavy footed creature, who crunched the pristine, holy silence of the snow path and chomped loudly on Eat Me cookies.

“Keep going,” he said impatiently, “Jack is somewhere at the end of the winter forest, but don’t fall onto the lake lest you slide off the edge of nowhere. ”

…..The north wind blew a deep bassoon between the trees and hanging icicles swayed and played a somewhat discordant percussion as Alice followed her way on the path fearlessly. Just before she reached the frozen, glass lake, she noticed a funny little gnome peering out from behind the frosty brambles just as Unicorn had said!…..

(PS: this little gnome just appeared while I was playing with the ice fractals)

“It’s right over there,” said Jack who pointed his frozen nose in the direction of the garden gate because he could not untangle his crystallized fingers from the lace of ice. “It might be a good idea to put on sun glasses before you go inside -and by the way, there is a toll booth of course.  It’s the Queen’s Way after all.”

The King ( could be the Queen!) – Loreena Mckennitt- a traditional old English Christmas ballad

And so Miss Twinkle  entered the dazzling wonderland of Butchart Gardens and went ice skating on the enchanted snail pond. 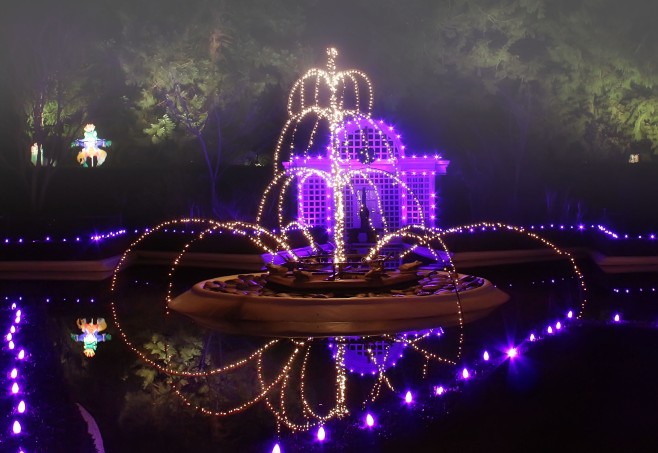 the fountain of ten lords a leaping- actually frog princes 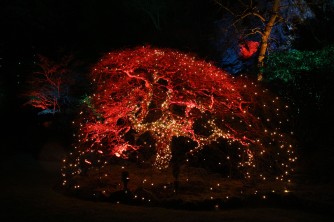 the tree of life and wishes 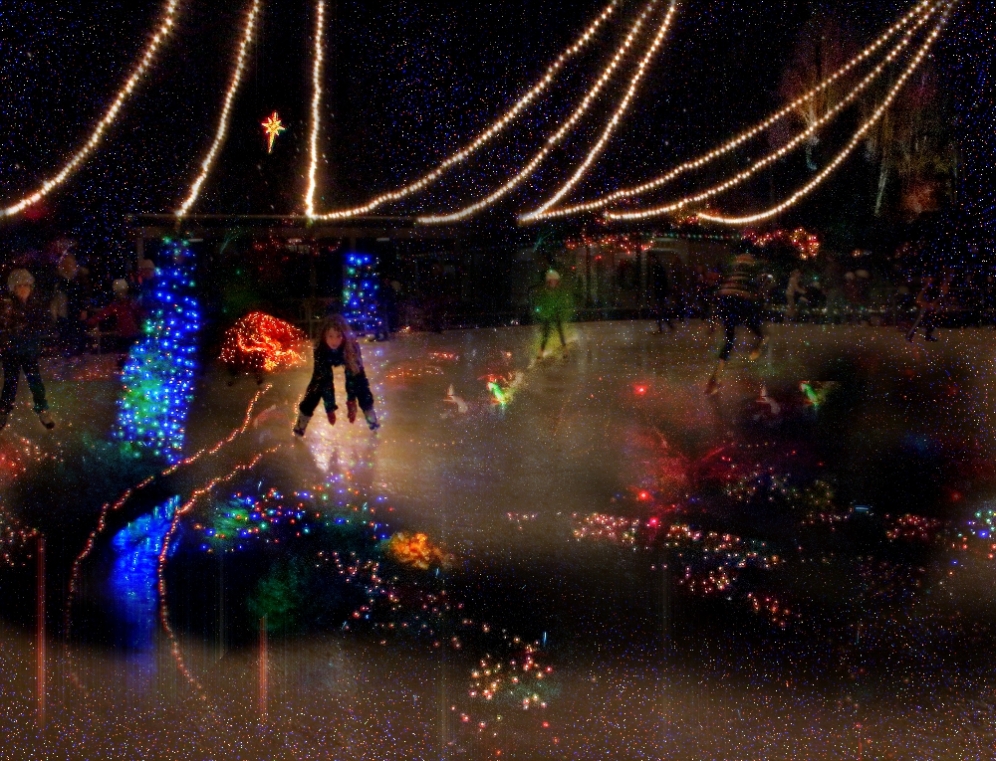 Hoping this cheers you as it does me!  Thank you again Miss T,  otherwise known as Pickles (sweet and sour), for being my sparkler and ever curiouser Alice!!

and link to more christmas and music here

Some Information:  the animations were done with Gimp, and Butchart Gardens are located in Victoria, BC, a colonial town named after the famous Queen of the old empire. 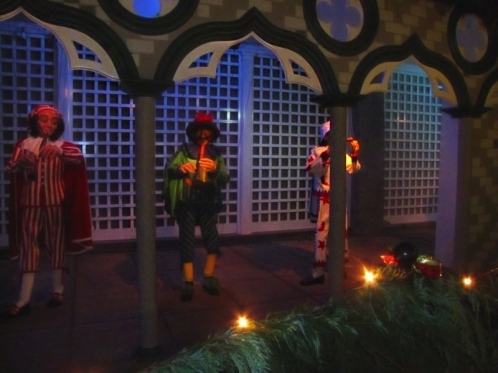 creepy puppets according to Miss T in Venetian Garden