I haven’t been out much in this inclement west coast autumn weather but I like to open my old sea chest and haul out the  treasures found on my journeys in the time machine.

In the meantime I’ve been watching BBC’s  Walking with Dinosaurs, and I love Jeff Goldblum  ” How I  hate being right all the time”  in Jurassic Park! 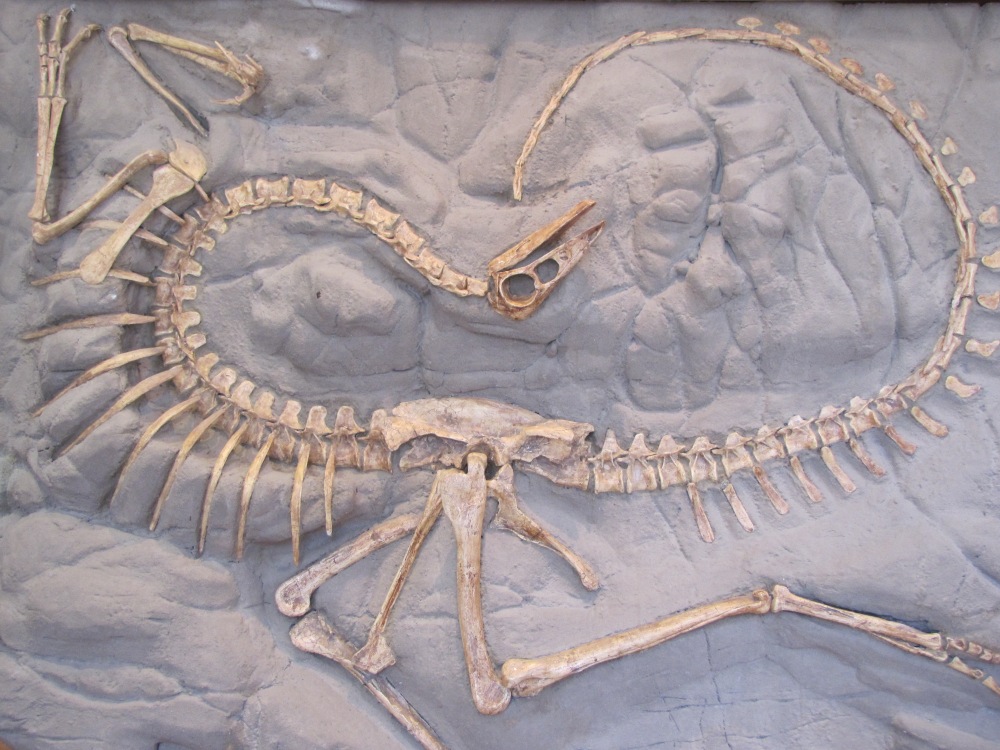 Beneath the Cretaceous Sea

Vancouver Island was once a shallow and living sea. It was home to frightening aquatic creatures of monstrous proportions and reputation. During the Cenozoic the dry land rose up filling in the sea and I can now take a beautiful road trip up island to the Comox Valley, a land of mountains, lakes and forest. The area surrounding Courtney itself is a trove of primeval treasures scattered around the confluence of the wild and beautiful Puntledge and Brown Rivers.

Many bones of giant marine reptiles like mosasaurs and ichthyosaurs lie sleeping, on the river banks, in the nearby forest and even under or beside roads as one excavation revealed during a highway reconstruction.  Municipal work would not stop for a moment in time.  The little Museum was given one week and the almost impossible task  of removing a huge fossilized skull of a plesiosaur  before it sank below the paved thoroughfare forever.  It was accomplished by those intrepid island paleontologists (and a crane) who follow in the  spirited steps of a dashing, adventurer who searched for ancient dragons in Mongolia (1922-30), Roy Chapman Andrews. Indiana Jones, a make believe archaeologist, was based on this real life character!!

Time Zones-  from Cretaceous to Pleistocene

One day a little 12 year old Courtney girl, Heather Trask, found a new species of elasmosaur while out walking with her Dad. So far I have found only fossilized shells and vegetation, but I’ve been on expeditions with Mike Trask of the Museum, ever  hopeful I will find the bones of a leviathan or a fossilized mermaid!! 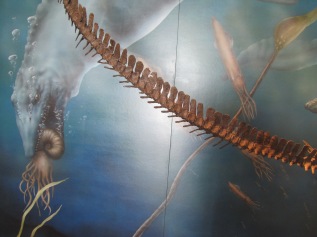 Ammonites (named after the ram horn god, Ammon) are wonderful fossils. When pearlized they are made into the semi precious stone Ammolite  and are biogenic gems like amber and pearl.  Ancient ammonites are the forerunners of the modern day Nautilus and squid. During the Mesozoic era they could grow to huge proportions. Some have been found at 2 meters in diameter  though most were much smaller. 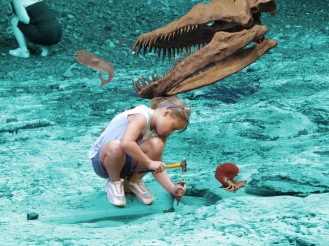 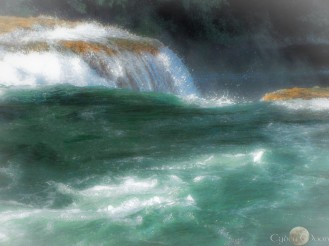 and for something completely different ! the possible song of a parasaurolophus ( my fave dinosaur). He may have sounded like this due to the large chambered and hollow horn on his head