With dismay she watched as the raven flew off across a field   The sky was ominous and she knew  she would need to avoid the shadows so she prayed  for Aine to guide her.  She followed as best she could until she came once again to a forest clearing. The sun came out creating hallways of light between the trees.  The raven saw the luminous paths and claimed them, flying higher and higher toward the sun. Niamh ran into the woods shaking her fist in anger before sinking down exhausted and  defeated against the mighty trunk of an old oak. 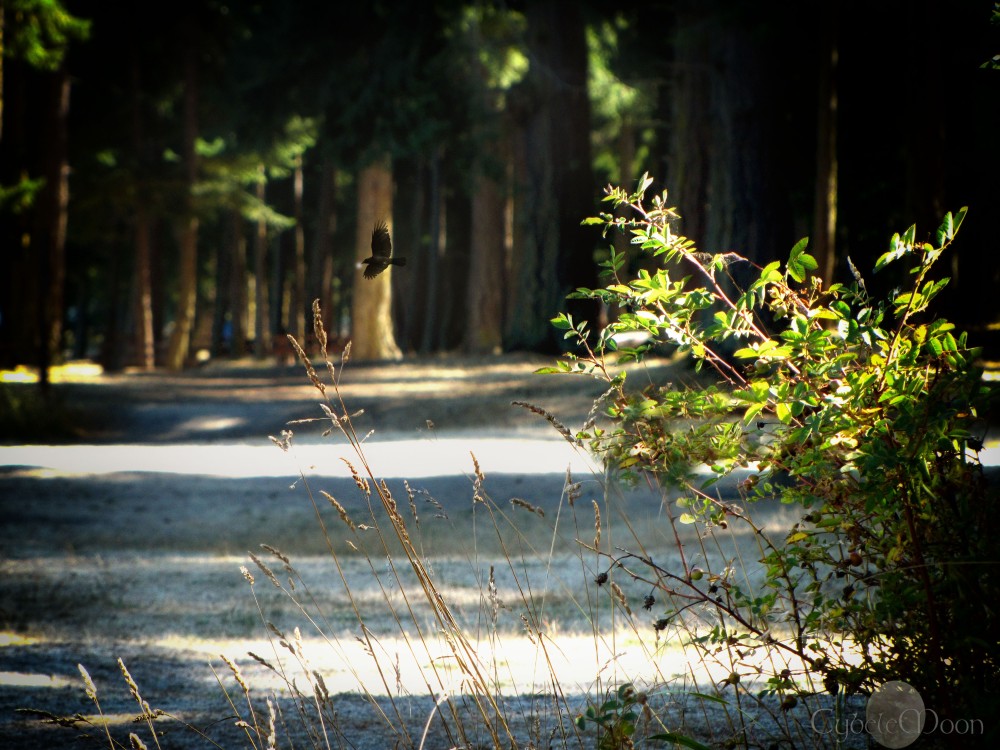 Niamh wondered who had sent the raven.  Suddenly from above  she heard it’s sulky, irritable cry.  He had grown sleepy in the sun’s warmth and had opened his beak in a yawn.  Aine had answered her prayers!  The dream fell, spiraling slowly down till it landed in her lap. Now she had four including the one that had begun the journey. There were still five dreams to find before the pouch was full again. She held this one tightly in her hand.  Which dream would bring her to the sacred spring and which one would take her back to Bran?

background of photos:
I am using some licence with the locale of my images
the first photograph is of a midlothian field in Scotland outside of Edinburgh
the second is of Rathtrevor Provincial Park on Vancouver Island- a wonderful spot beside the ocean
and the third is of the sacred spring